Home
Animals
15 Fierce Animals That Can Not Stand Each Other

Everyone has a neighbor that gets on their nerves. Well, in the animal kingdom, there are certain animals that don’t particularly like each other. Have you ever seen a Jaguar and Caiman interact? What about a Moray eel and an octopus? If you want to see animals that don’t get along, keep watching as we count down 15 fierce animals that can’t stand each other.

Tigers eat a broad variety of prey, including insects and elephant calves. Deer and other large-bodied prey weighing 45 pounds, or more are an important portion of their diet as well. This impala walks up to this massive tiger as if it wants to recite a poem. The tiger doesn’t like poetry and just presses its big paw on the impala, sinking its head into the ground. It suffocates the impala and carries it through the bush where it will enjoy a fresh meal. Deer congregate in herds and warn one another when danger looms on the horizon. Once a tiger has isolated a deer, particularly a young one, it is time to recite the “Our Father” several times and hope the tiger is religious so he forgets about eating you and joins in for the prayer.

A small deer like the one in the video has no hope in hell of surviving a tiger attack. This deer lets out an alarm snort, calling out for help when this tiger attacks it. You can see the deer is in a state of panic as the tiger bites into it. It doesn’t take much time before the deer is history. This tiger is preparing to launch an attack with a bunch of onlookers watching. The tiger uses the truck as camouflage, but I think the deer knows it’s there and when the tiger finally makes its move, the deer runs away. I must admit, this wasn’t much of a move by the tiger. I think he’s just warming up. This tiger chases a deer on uneven terrain, but that doesn’t stop the massive feline from taking down the sweet little deer. The deer wags its tail as if it’s happy, but it’s just waving goodbye.

Let’s see what happens when this huge scorpion is placed inside an aquarium with a giant hornet. The hornet goes on the offensive, but I think it took on more than it could chew because the scorpion makes minced meat out of the insect. This scorpion feasts on a giant hornet and the grasshopper are freaking out because it knows it’s next. The guy throws a second hornet inside the aquarium, but it doesn’t phase the scorpion. The more, the merrier! The scorpion destroys the bigger hornet and then attacks the smaller one. It looks like the grasshopper will have a little more time to breathe. Another hornet is introduced to a huge scorpion and it’s the same outcome. The giant hornet is no match for the scorpion. It’s Sunday and this scorpion has decided to enjoy a giant hornet buffet. It must be ecstatic seeing all these hornets fall into the aquarium, one after the other. 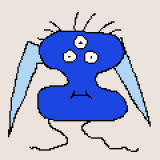